Exploring Russia through board games

The world's first nuclear icebreaker Lenin became the venue for the event. Nine teams representing Murmansk Arctic State University, Mesiatsev Murmansk Marine Fishing College, Murmansk Economics and IT College and Ural College (Murmansk branch) competed for two days in a row. Our students played in two teams — Indian Lions and Super Boys. They played Russian checkers for the first time in their lives, but managed to get to the finals in one take.

An enormous board and big checkers pieces made the tournament slightly unconventional, as if the contestants found themselves in Alice in Wonderland's world.

While teams were matching wits with each other, the rest of the participants were enjoying popular board games and coffee break. During the event, students also learnt the history of this board game.

Only six teams made it to the finals, among which were Indian Lions and Super Boys. Another team representing MASU took second place.

We thank Murmansk Student Council for organizing the tournament on such a high level. Our students are looking forward to new adventures and experience! 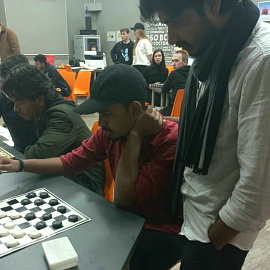 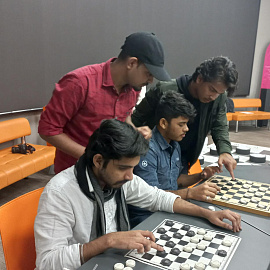 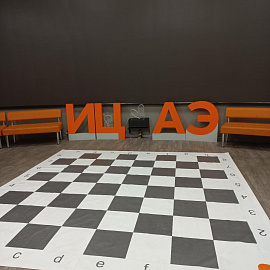